In Sweden, 16,000 men and women work as firefighters. Of these, about 10,700 are part-time firefighters, which means that in addition to their professional role as firefighters, they also have a regular job. To draw attention to these everyday heroes, the “Firefighter-at-work-day” is organized annually by RRB (The Swedish Emergency Services Agency's Organization for Contingency Issues). This year, this day is on September 7th, 2021.

We praise these colleagues a little extra here and now.
Thank you for being there! 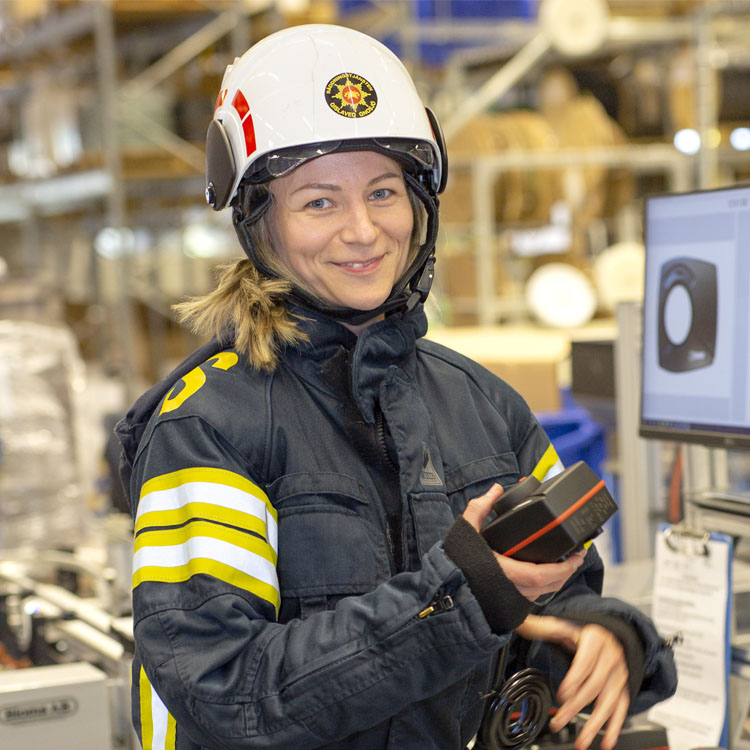 After moving to Sweden, I came across representatives of Reftele's part-time firefighters in various contexts. The thought came back, but since I was had a newborn child and lived outside Reftele, it just remained a thought. Eventually we moved in to Reftele, I started exercising regularly and after a bit of encouragement I decided now was the time. I wanted to be a part-time firefighter!”

For how long have you been a part-time firefighter?
“For a year and a half. And there will be many more.”

Is there anything an employer needs to think about when there are part-time firefighters among the employees?
“That you need to quickly let go of your employee no matter what he or she is doing. A meeting may be interrupted, a machine suddenly comes to a standstill, a repair is delayed, a call is interrupted ... but is it that big of a deal if you meanwhile saved a human life?”

How does ESBE respond to you being a part-time firefighter and have to set off on call at any time?
“Very positive! In the beginning, maybe there was a question that I’m a girl and the profession is tough. But if you exercise, you can do it.”

For how long have you been a part-time firefighter?
“Since June 2020.”

What’s the best thing about being a part-time firefighter?
“it’s a good community, but it also gives a little excitement in your everyday life. When the alarm goes off, all focus is just on that, nothing else.”

How does ESBE respond to you being a part-time firefighter and have to set off on call at any time?
“I have only positive things to say. ESBE values our efforts.” 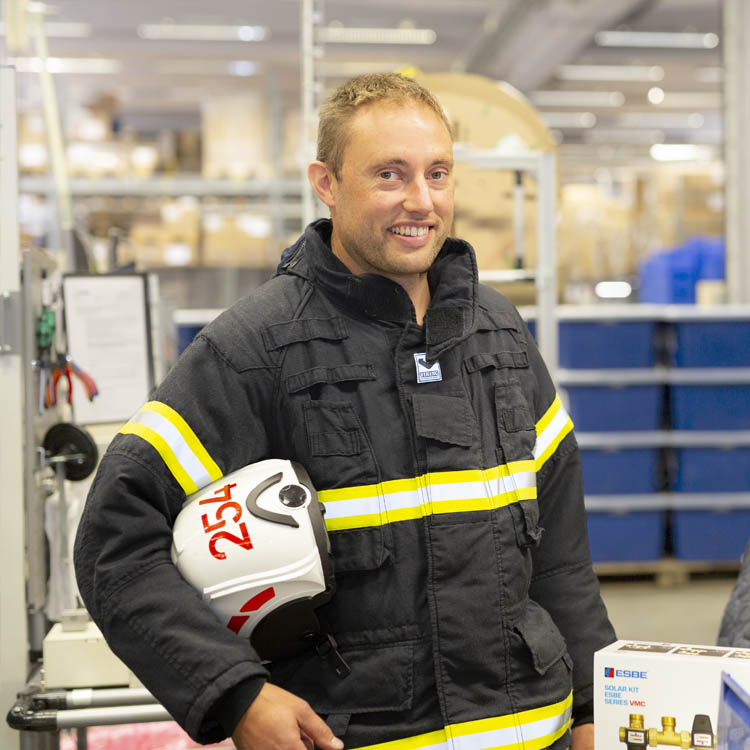 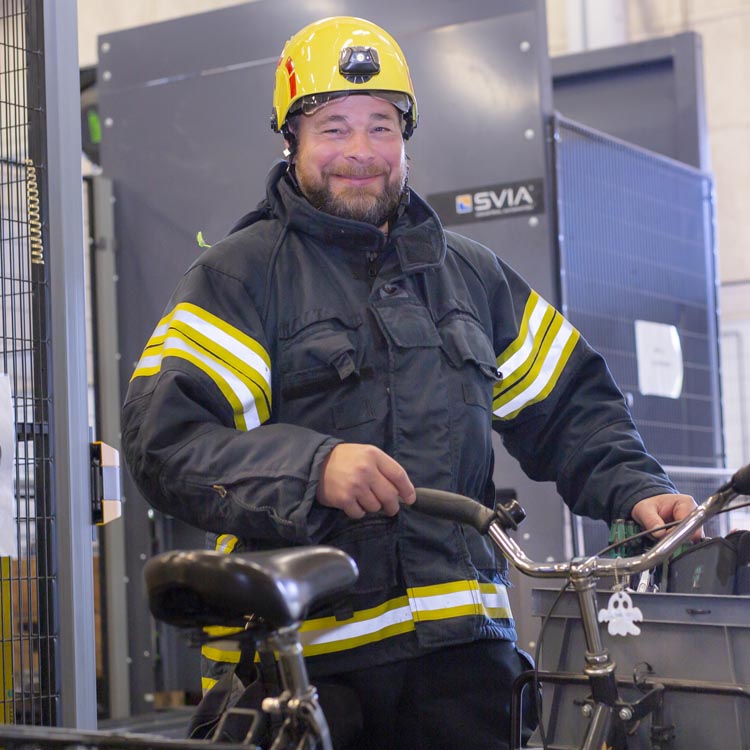 How come you started out as a part-time firefighter?
“It’s an exciting profession that, if you want to make a difference for people, gives a lot in return. When you have done something that ended well, it considers the events that are less fun.”

For how long have you been a part-time firefighter?
“For 25 years, with a few months break.”

Is there anything an employer needs to think about when there are part-time firefighters among the employees?
“They must understand that there can be an emergency call at any time and then I immediately leave my chores. An employer also gets an extra competency into the bargain when they hire a part-time firefighter. If something happens at work, I am there and can help immediately.”

The emergency service in Reftele in numbers, 2021

Facts about the Emergency Service in Reftele