ESBE is proud, happy, and not particularly surprised that our Chairman of the Board, Jörgen Ekdahl, is one of the candidates for Guldklubban (the Golden Gavel). » This is the nomination

We at ESBE are proud and happy that ESBE’s Chairman of the Board, Jörgen Ekdahl, has been nominated by the StyrelseAkademien (The Board Academy) in Jönköping County as a candidate for the Guldklubban Award (The Golden Gavel Award).

This is how nomination reads:

“Through his actions, Jörgen has let the CEO lead and develop the company. At the beginning of their collaboration, the focus was on improvements, not doing everything at once. During this period, it was close between meetings and contacts. After the company got a relative rapid improvement in profitability, the role of the chairman has developed more into a governing role, which allows the CEO to run the company.”

Guldklubban Award was established in 2005 by Deloitte and StyrelseAkademien with the aim of clarifying and increasing awareness of the important role of the chairman of the Board and drawing attention to good examples of how the board chairmanship is exercised in practice. Local winners from 16 Swedish regions will compete in Stockholm on December the 1st for the national Golden Gavel titel.

In addition, for the second year in a row, ESBE has received the award Sweden's Best Managed Companies 2021 by Delottie and Nasdaq. A quality award that is awarded to private Swedish companies based on criterias as strategic focus, operational structure, corporate culture, and economic development.

ESBE AB wish Jörgen the best of luck in the final in Stockholm and we look forward to continuing good cooperation! 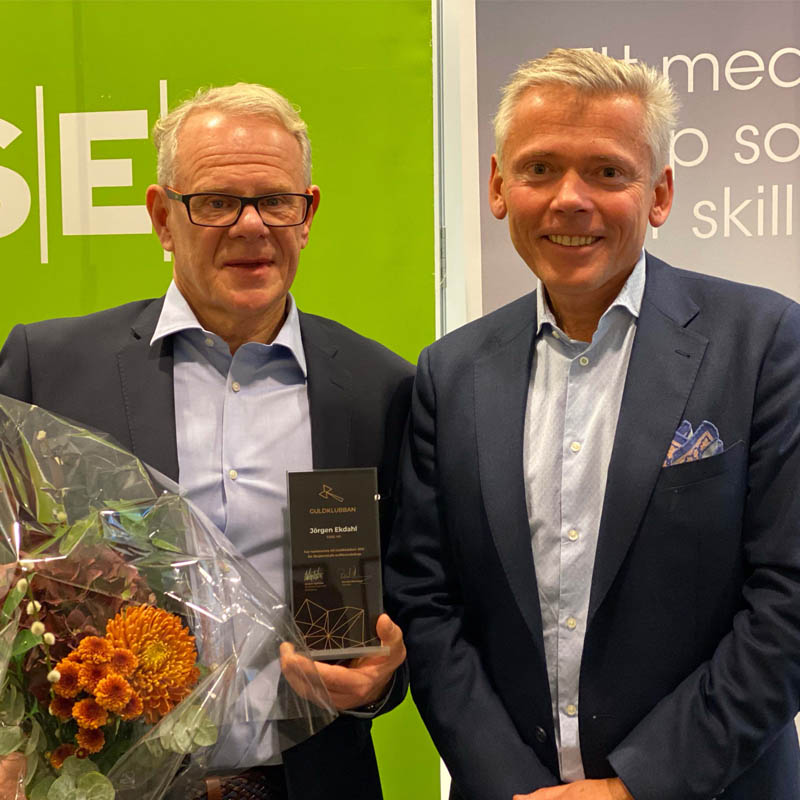 Photo: Jörgen Ekdahl Chairman of the Board and Peter Cerny CEO at ESBE AB.