We are ESBE, Ambassador Mats Skogsfors

In 1968, 29-year-old Mats Skogsfors steps in as the new CEO of ESBE. He succeeds his father Göte, and during Mats’ thirty-year leadership the ESBE brand both develops and becomes stronger.

Mats had inherited his interest in design from his father, and studied Engineering in Borås. After graduating, he became a student engineer at Asea (now ABB) in Västerås. After two years of learning, he was given permanent job in the development department for fuel cells, but two years later he was faced with a choice. Either apply for a different job or return home to Reftele. Mats chose the latter, as his father was unwell and the family was keen for him to come home. It was a choice he would not regret. 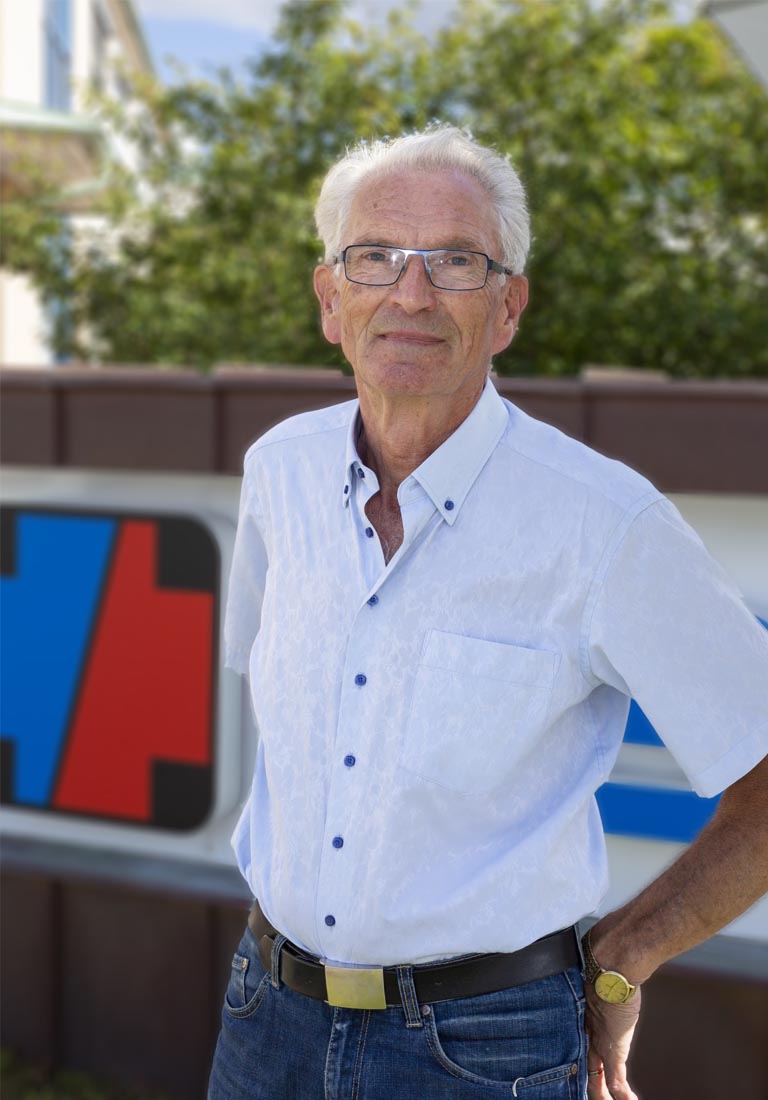 ESBE had a successful product portfolio when you took over the company, but you decided to invest in design. Why was this?

The product portfolio was rather narrow and essentially it consisted entirely of shunt valves. The company was certainly doing well with its nearly 30 employees, but as the old saying goes: when it rains, it pours. When my father passed away in December 1968, just after I’d taken over as CEO, then the foreman also died a short time later, and at the same time production manager handed in his notice. All of a sudden, we had a totally new organisation with new opportunities. Kurt Hernod, the new production manager, had worked with light fittings, an industry with a focus on design. He thought that our shunt valves looked outdated. We contacted the internationally renowned designer Carl-Arne Breger, and soon he had designed our new logo (the one we have today), but he also gave our entire range of shunt valves a facelift. This collaboration also resulted in a new thermostatic mixing valve, series 20, which quickly became the market leader in Sweden.
The design initiative proved to be a stroke of luck. There were products plagiarised from ESBE on the market, and these now looked antique in comparison. The new design also cost less to manufacture, and they sold better into the bargain.
Since then, ESBE has always focused on design and product development.

ESBE’s products have been adapted over the years to current heating methods. From wood to oil, from oil to electricity and beyond towards renewable energy sources. Would you say that reduced energy consumption has formed the basis of the company when new products have seen the light of day?

Yes, very much so. At the same time, above all the product portfolio has become much broader. This all started back in the 1970s and has continued since then, even though shunt valves are still one of our main articles.
Product properties such as energy-saving, comfort and safety were given top priority. We wanted to be associated with more than clean technology. Customers who used our products had to benefit from choosing a product from ESBE.

In 1983, ESBE offered staff the opportunity to subscribe for shares in the company and thus become partners in the firm. In total, ten per cent of the shares were subscribed. This was repeated a few years later by an additional ten per cent, and new employees still have the opportunity to buy shares. This is unique for an engineering company. Why did you make this decision?

At ESBE, we have always taken care of our staff. That’s what happens when you live and work in a small town. People know each other through work and family relationships. After going through a recession, when we had to lay off several employees, we wanted to show care and commitment. Making people redundant was a painful process, and even though we re-employed most of them a few years later, we felt there was more to do.
At that time, employee funds were a hot issue and it convinced me even more that part of the profits should go to those who helped create it – instead of the money going to the employee fund. The option of selling the company, as many did during that time, was not considered. 75 per cent of employees subscribed to shares for the first share issue, which I took as an indication that we did the right thing.

You retired in 2000. What does ESBE mean to you today?

That I can sit back and confirm that the company has developed above expectations over the last 20 years. They say that new brushes sweep clean, and that is true at ESBE. My son Johan, who took over the leadership after me, has played a big part in this. He had visions when he took over, and he has implemented these with the help of an organisation that is impressive.
I always thought it was fun at work, but haven’t missed it for a single day. That probably means that I stopped at the right time, ha ha.